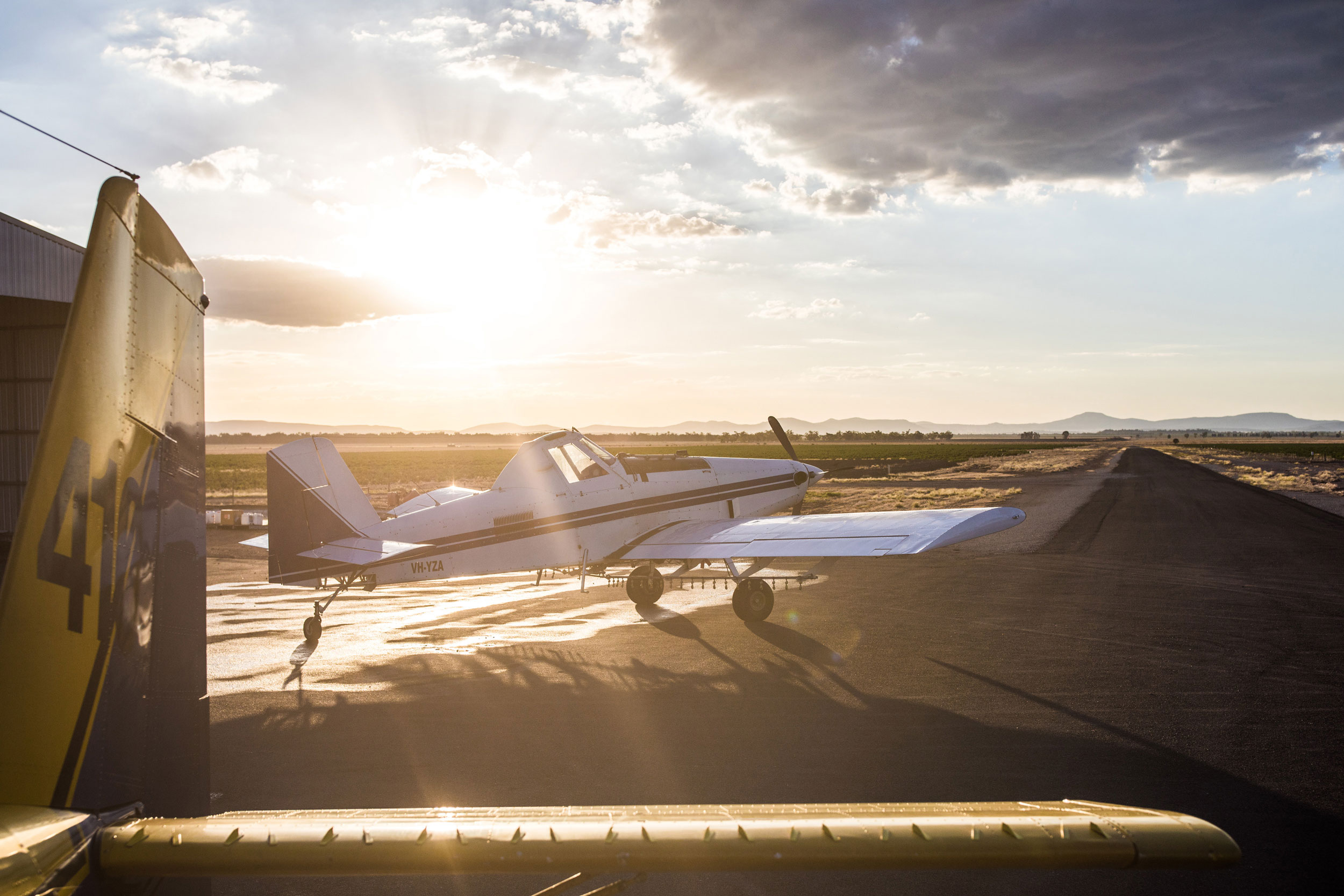 Middlebrook Air Operations have four aircrafts operating. Two Air Tractors 502, VH-ATI and VH-YZA. These are the most popular ag planes throughout the world, with a wing span of 15.84 metres and hopper capacity of 1,893 Litres.

Just new on the scene Middlebrook Air Operations purchased an Air Tractor 802, VH-ZED – The world’s largest ag aircraft with a wing span of 18 metres and hopper capacity of over 3,000 litres.  This plane has the productivity and performance to get the big jobs done efficiently.

In 2016, Robert Maslen and his son Dave joined the team, who specialise in spreading fertiliser in the Tamworth and Gloucester area.  The Fletcher FU24-954 was one of the first aircraft designed for aerial top dressing.  It has a 1200 litre hopper capacity and its rugged design makes it ideal for operating off unimproved airstrips.

Proudly servicing farmers throughout the region